On November 23rd and 24th of 2021, the Neuro hosted its annual Open Science in Action Symposium – an online conference with many of the best and brightest minds in the world of open neuroscience. Two CONP scientists, Professors Nikola Stikov and Jean-Baptiste (JB) Poline, ran a breakout room session entitled “NeuroLibre: Communicating Science Openly”. 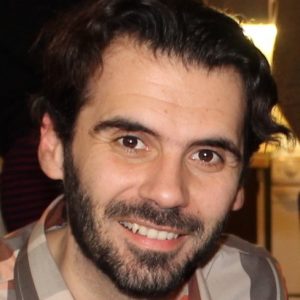 Nikola introduced the audience to NeuroLibre – the first ever preprint server for interactive research objects. NeuroLibre aims to modernize scientific publishing by going beyond static PDFs. Relying on Project Jupyter workflows, the Journal of Open Source Software, and BinderHub technology, NeuroLibre aims to make it easy to deploy Jupyter notebooks in the cloud. All of the code used to generate figures in a NeuroLibre notebook is transparent, and parameters can be changed and executed in real time. A number of these notebooks are now live on the NeuroLibre site, including notebooks associated with publications in eLife and a book chapter in the Elsevier publication, Quantitative Magnetic Resonance Imaging. Next, Nikola highlighted several of NeuroLibre’s achievements, including an editorial his team wrote for Magnetic Resonance in Medicine. In the editorial, NeuroLibre was posited as a possible candidate for hosting notebooks that can be fully modified and re-executed through the web, offering a fully reproducible “libre” path from data to figures. The NeuroLibre team are busy fostering partnerships with the new journal, Aperture, published by the Organization for Human Brain Mapping, which aims to use NeuroLibre as one of its native publishing formats.

Next, JB spoke further about Aperture and the journal’s partnership with NeuroLibre. Both organizations are aligned in their core mission to go beyond the PDF and to publish research objects that are more easily reusable. Aperture launched their beta phase in October 2020, using the open source publishing platform Kotahi, and has had more than 50 submissions since its launch. The Aperture team is working to have the journal indexed by all the major journal databases and to raise its journal metrics. Apart from traditional PDF manuscripts, Aperture also invites submissions of other research outputs like videos, software, datasets, and NeuroLibre notebooks. Aperture plans to publish NeuroLibre articles in an overlay format, reducing their costs by hosting the content directly on the NeuroLibre servers. As a NeuroLibre partner, Aperture organizes the review of both the technical implementation of the notebook, to ensure the notebook runs correctly, and its scientific value. NeuroLibre and Aperture are now working on their first partnered article, which they hope will be published very soon. 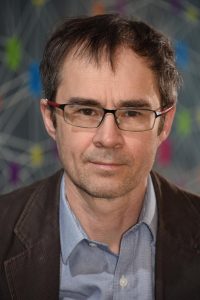 You can learn more about NeuroLibre and their partnership with Aperture by reading this post.

You can check out the other talks from the Open Science in Action Symposium here.